Over many years we have noted what we call “Brushes With Stardom,” wherein rather than meeting a famous person directly, one has had contact with somebody who has had such an encounter.

I am ashamed to note that it has taken this long to proclaim a brush with stardom, so close that I did not make the connection. He is reading this right now and he with whom I brush regularly is Don Nelson, editor and publisher of this newspaper.

The star is Nelson’s brother Bob, who wrote the screenplay for the hit movie Nebraska. So it is not only from this desk, but half the valley who has had the same brush.

Don will be at a showing of the movie at the Mazama Community Club on Feb. 25 and says he’ll answer questions and comment on the flick.

It being a harvest moon, the Mazama Community Club had a table-filling crowd at the Harvest Moon Potluck last Friday (Oct. 18). In addition to chowing down, the fiesta was also a business meeting of sorts to discuss some topics. There were informational papers on each of the tables including copies of the current bylaws prior to adopting a revised set.

There were accolades and standing ovations for Lliam Donohue and Larry McWhirter for their volunteer efforts through the year providing grunt work and beautification of the grounds.

One of the topics informally discussed had to do with how to deal with the bequest to the community center by the late Red McComb. He left close to $100,000. Apparently the money is not yet in the club coffers and won’t be until certain elements involving the Internal Revenue Service have been clarified.

A large sheet of butcher paper was hanging on the wall for attendees to note ideas about how to deal with the money and other matters.

Another topic had to do with the moving of the telephone shed at the southwest corner of the property. Apparently CenturyLink, owner of the building, has agreed to place it elsewhere, its current location being deemed an eyesore by many. The question was raised that, after it was moved to another portion of the property, what had been hidden by the wooden building would then come into view: that being the concrete outhouse on the corner. Is that an eyesore? (Depends on the eye of the beholder.)

What with new technology since the current wooden phone switching station replaced the old metal one, the new one would be no larger than the shelter structure at the mailboxes.

Bill Pope, co-owner of the Mazama Country Inn, was elected to the new board of directors of the community club.

The monthly movie night instituted earlier in the year by June Fitzpatrick is now open to “hosting” by anyone who has a show they feel would be enjoyed by the club members, including kids. A family affair. June noted that she would be happy to help with flyers and announcements. The host would pick the flick, paid for by the community club, help make the free popcorn, and other casual operations, probably including setting up the seats.

Saturday’s Pancake Breakfast was a booming success and all manner of accolades are due for Gay Northrup. She resurrected what appeared to be a dead event mere months ago and not only made it happen, but also had plenty of help, which has been somewhat of a rarity. There are many others who deserve plaudits, and all of you know who you are, as do those who attended.

Well, maybe not the hordes that showed up for the fun run. I have not gotten a count of participants, but cars were parked up and down Goat Creek Road on both sides, as well as at the Community Club parking area and the big parking lot by the corral where the race started.

While others have been involved, I believe June Fitzpatrick was the impetus for an event that was tied to the breakfast. It had several names, including “Mazama Days” and “Good Old Days.” I was skeptical, I must admit, and good old days for me and many others were when maybe 50 people came to breakfast.

Anyhow, this turned into a sort of fair with booths and raffles, library book sale, political enclaves for the Mazama Advisory Committee and the Move The Hut movement and a variety of other stuff, including entertainment for kids of all ages. The point is, it drew the people, both involved in and separate from the race, and all seemed to be having a grand time.

Thanks to the efforts of about 2 dozen people...the Mazama Community Club is sporting a fresh new look!  Well...at least it is all spiffed up!  Next on the list...painting!  THANKS to all of you who helped and to Missy LeDuc for the yummy cookies!

From the METHOW GRIST...

Mazama Movies - Argo is next of monthly showings.

The movie Argo, which won Best Picture at the 2012 Academy Awards, will be showing at the Mazama Community Club on Tuesday, March 26, starting at 7:00 p.m. according to June Fitzpatrick.

“I am planning on having a free movie night the fourth Tuesday of each month at the Mazama Community Club,” Fizpatrick said. “I'm renting movies that won or were nominated for an Oscar in 2012...or others that people highly recommend.”

Argo is based on real events chronicling the life-or-death covert operation to rescue six Americans, which unfolded behind the scenes of the Iran hostage crisis, according publicity forwarded by Fitzpatrick. It is rated R for language and some violent images.

New speakers and a new popcorn machine have arrived at the Community Club. “We're doing a popcorn preview this Wednesday evening to figure out how to operate it. We have also purchased special theater-style popcorn, the best flavored oil, and flaked popcorn salt...we will be as authentic as possible. We now have new speakers...so everyone will be able to hear well,” Fitzpatrick said. 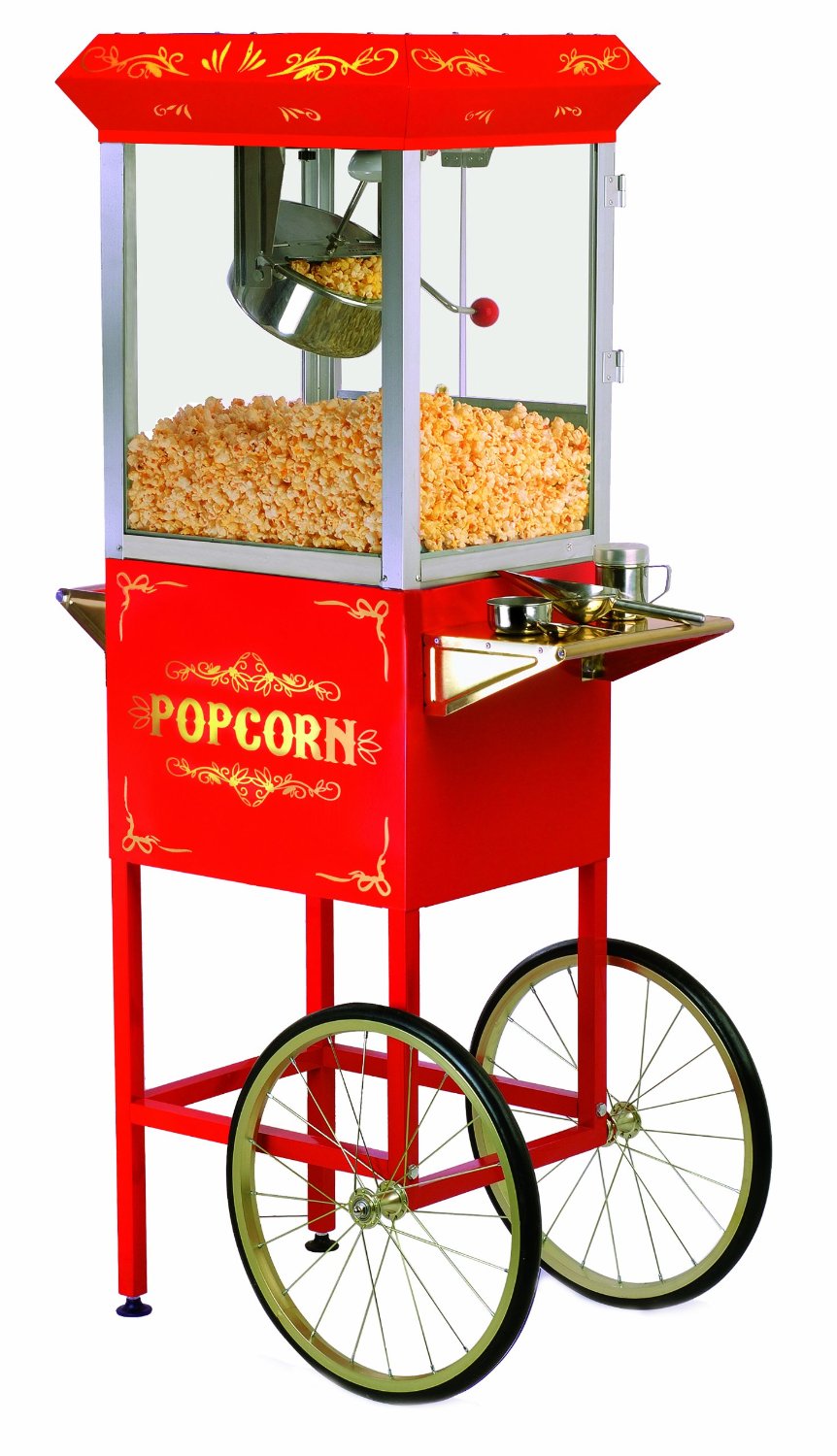 ARGO IS THE FREE MOVIE IN MARCH!

You WILL want to see ARGO...Oscar winner playing at the MCC on Tuesday, March 26th at 7:00.  Get there early to get your free popcorn and a good seat. Bring your own beverage.  See you at the movies!

SEARCHING FOR SUGAR MAN A SUCCESS!

Lots of people enjoyed viewing Searching for Sugar Man at the MCC last night!
What movie do you want to see next month on the fourth Tuesday, March 26th?

ON TUESDAY, JANUARY 22ND WE WILL BEGIN THE MCC'S FOURTH TUESDAY FREE MOVIE NIGHT!  YOU'LL WANT TO BE THERE...

MOVIE OPTIONS FOR JANUARY 22ND  ARE LISTED BELOW...OR BRING YOUR OWN FAVORITE DVD...WE'LL VOTE TO SEE WHAT WE'LL WATCH.

1) The Bucket List with Jack Nicholson and Morgan Freeman

2) Bagger Vance with Will Smith, Matt Damon and Charlize Theron

Great People + Great Food = Great Potluck! Sending a big "Thank You" to everyone who participated! It was a full house!

MCC President, Larry McWhirter, announced that he was resigning from the board the end of this year...after about 10 years he felt it was time for new people to serve. He also announced that Claire Bunney was resigning the end of this year, too. She has served for as long, if not longer than Larry! We hope she'll still chair the World Famous Pancake Breakfast on Memorial Weekend!

Larry requested a vote on new board members Jerry Laverty and Lliam Donohue and returning board member Libby Hillis...which was unanimously approved. Larry also stated the need for other new board members so please let us know if you are interested in serving on the MCC Board.

We received good responses to the survey we handed out...asking people what events they'd like to attend at the MCC, etc. I'll publish the results later...after I input the info on an Excel spreadsheet.

Thanks again for making this a fun potluck! We hope you can attend the next one...on...New Year's Eve!